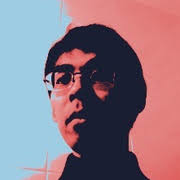 Kosuke Nomura received his MSc degree in physics from the University of Tokyo, Japan, in 2009 and defended his PhD thesis at the University of Tokyo, Japan, in 2012 (supervisor Takaharu Otsuka). In his dissertation, he developed method that allows a systematic and computationally feasible description of nuclear shapes and collective excitations, by combining the nuclear energy density functional theory and algebraic model of interacting boson systems. In the period from 2012-2013 he was a postdoctoral fellow at the Institut fuer Kernphysik, Universitaet zu Koeln, Germany. His research at Cologne was focused on extending his method to describe nuclei with more complex shapes. In particular, the focus was on microscopic descriptions of shape coexistence and octupole deformed (pear-shaped) nuclei. In 2013 he moved to the GANIL (Grand Accélérateur National d’Ions Lourds), France, as a postdoctoral fellow of the Marie-Curie Fellowships from European Union. At that time he has extended his expertise to nuclear shell model. The research within his projects was focused on spin-isospin correlations in nuclei with equal proton Z and neutron N numbers, and neutrino-less double-beta decay. Since 2015 he is a postdoctoral researcher at the University of Zagreb. His research has been focused on developing new method to describe microscopically the spectroscopy of nuclei with odd number of nucleons, by incorporating nuclear density functional theory in the particle-plus-core coupling scheme. KN authored and co-authored 1 book, more than 20 publications in peer reviewed journals with 450+ citations and 15 publications in conference proceedings, and has given more than 15 invited talks in scientific meetings.