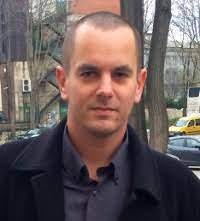 Karlo Lelas received a master’s degree in physics from the University of Zagreb in 2007 and defended his PhD thesis at the same university in 2012 (supervisor Hrvoje Buljan). In the period from 2007-2015 he was a scientific novice and teaching assistant at Faculty of Electrical Engineering, Mechanical Engineering and Naval Architecture (FESB) at University of Split. During this period, he worked in two fields: (i) theoretical physics of strongly interacting one-dimensional quantum systems, and (ii) experimental elementary particle physics. He started his work as a scientific novice in the field (ii) but with time he focused on the field (i), in which he defended his PhD theses. His current interest is in synthetic gauge/magnetic fields in ultracold atomic gases.

KL was promoted to the rank of Assistant Professor of Physics at the University of Zagreb in 2015. He teaches General Physics and Classical Mechanics.