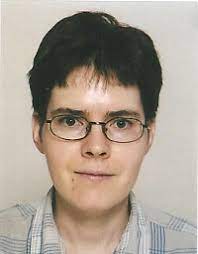 Tamara Nikšić is an associate professor at the Department of Physics, Faculty of Science, University of Zagreb, where she has been employed from 2000. She received her PhD degree from the University of Zagreb in 2004 («Relativistic description of nuclear structure: models with density-dependent meson-nucleon couplings», supervisor professor Dario Vretenar). She was an Alexander von Humboldt fellow at the Technical University Munich (2005-2006) in the group of professor Peter Ring.

Her research interests span both theoretical nuclear physics and computational physics. Most of her work has been on developing the new generation of nuclear energy density functionals and describing the correlations originating from restoration of broken symmetries and fluctuation of the quadrupole and octupole deformations. Recentely, she has been involved in describing possible mechanisms of cluster formation in light nuclei. She has co-authored 55 original scientific papers and 2 review papers with 2000+ citation. In 2012 she received the Annual Croatian State Award for Science.

She teaches Classical Mechanics, Quantum Physics and Nonlinear Phenomena at the Department of Physics, Faculty of Science, University of Zagreb.