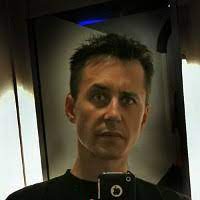 Danko Radić graduated in physics at the Department of physics, Faculty of Science, University of Zagreb in 1997, received his MSc degree in 2002, and defended his PhD thesis at the same university in 2006 under mentorship of prof.dr.sc. Aleksa Bjeliš. Major field of his scientific interest was the condensed matter physic, especially collective effects like spin and charge density waves induced by external magnetic field in the systems of anomalous dimensionality. During the period 2008-2010 he was a postdoc at the University of Gothenburg, and then during 2010-2011 at Chalmers University of Technology, Gothenburg, Sweden, where he has broadened his scientific interest into fields of physics of nanoelectromechanical systems and thermally assisted magnetic recording. At the moment, he is involved in the field of collective and topological effects of sinthetic magnetic fields.