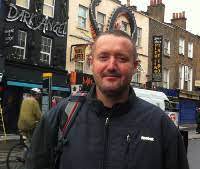 Hrvoje Buljan received a MSc degree in physics from the University of Zagreb in 1997 and defended his PhD thesis at the same university in 2002 (supervisor Vladimir Paar). In the period from 2002-2004 he was a postdoctoral fellow at the Technion, Israel Institute of Technology in the group of Moti Segev. His research at the time was focused on nonlinear optical phenomena. In particular, the focus was on propagation of partially coherent optical waves in nonlinear photonic structures, and nonlinear phenomena such as incoherent solitons and modulation instability in these systems. After the postdoc period he moved back to the University of Zagreb as an Assistant Professor and formed his group with activities also in ultracold atomic gases. The research in his group focused on one-dimensional time-dependent quantum many-body systems, which were in the last decade experimentally realized in ultracold atomic gases. In recent years his research topics include also plasmons in graphene. HB authored and co-authored more than 60 publications in peer reviewed journals with ~1900 citations.
HB was promoted to the rank of Associate Professor of Physics at the University of Zagreb in 2009, and to the rank of Full Professor in 2013. He received the Annual Croatian State Award for Science in 2010. He mentored three PhD theses and more than 30 diploma theses. He teaches Classical Electrodynamics (3rd year undergraduates), Nonlinear Optics, and Nonlinear Continua (post-graduate courses).