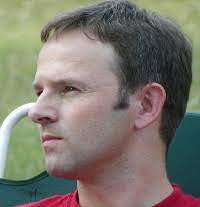 Bio:
Krešimir Kumerički defended his PhD thesis “Rare decays of K mesons” (supervisor Ivica Picek) in 1998. The focus of his research at that time was interplay of electroweak and QCD effects in various decays involving quark flavour change. In the meantime, after longer stay at Universities of Oslo and Regensburg (2005-2006), his interest shifted to studies of quark-gluon structure of nucleon as encoded by so called generalized parton distributions. This offers novel three-dimensional picture of the nucleon structure, studied at many present (CERN, Jlab) and future experimental facilities (electron-ion collider, EIC). He pioneered application of neural networks in these studies. He is also involved in studies of Large Hadron Collider phenomenology of various extensions of Standard model, in particular those that aim for explanation of small neutrino masses. He authored 29 journal papers which are cited more than 600 times (according to inSPIRE).
He was promoted to the rank of Associate Professor of Physics at the University of Zagreb in 2011, has mentored 10 diploma theses and is presently mentoring a PhD thesis. He teaches particle physics at undergraduate and doctoral level.