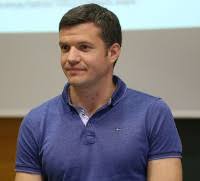 Marinko Jablan received a Msc degree in physics from the University of Zagreb in 2006. and defended his PhD thesis at the same university in 2012. (supervisor Hrvoje Buljan). During his PhD studies (in 2008. and 2011.) he stayed at Massachusetts Institute of Technology, USA as a visiting student in the group of Marin Soljačić. After PhD, during 2013-2015. he stayed at ICFO-The Institute of Photonic Sciences as a postdoctoral research in the group of Darrick Chang. Research interest of MJ are primarily focused on the optical properties of graphene and their technological applications. After postodoc, MJ stated working at the University of Zagreb as an Assistant Professor.

Marinko Jablan authored and co-authored 11 publications in peer reviewed journals with ~900 citations. He mentored one diploma thesis. He teaches Electromagnetic waves and optics (undergraduate), and Computers and Operating Systems (undergraduate).