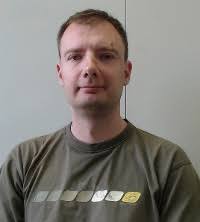 Tomislav Marketin received a MSc degree in physics from the University of Zagreb in 2004., and successfully defended his PhD thesis in 2010., also at University of Zagreb under the supervision of Prof. Dario Vretenar. In the period from March 2011. to February 2012. he was at GSI Helmholtzzentrum für Schwerionenforschung as a postdoctoral fellow, and continued from March 2012. to February 2013. at the Technische Universität Darmstadt in the research group of Prof. Gabriel Martínez-Pinedo. His research was focused on charge-exchange excitations in exotic nuclei and applications in nuclear astrophysics. In particular, his efforts were directed on the description of the Gamow-Teller resonance and its low-energy tail that is crucial in the description of decay properties of neutron-rich nuclei. The description of the nuclear response was applied in a large-scale calculation of decay properties of r-process nuclei. With the conclusion of the postdoctoral position, he returned to the Department of Physics at the Faculty of Physics, University of Zagreb as an Assistant professor, where he is expanding his interests to beta-delayed neutron emission in exotic nuclei.

He authored and co-authored 25 publications in peer-reviewed journals with 200+ citations. Teaching activities include Introduction to programming, Data structures and algorithms and Introducton to quantum physics.