Members of the Lie unit

Ozren Perše received a PhD in mathematics from the University of Zagreb in 2005. (supervisors: D. Adamović and M. Primc). He has been promoted to the rank of Associate Professor of Mathematics at
University of Zagreb in 2013. His main fields of research are the theory of vertex operator algebras and infinite-dimensional Lie algebras. He is an author of 11 research papers. He gave around 20 lectures at conferences, and participated as a researcher in several scientific grants. He taught many undergraduate and post-graduate courses. He supervised one PhD thesis and 20 diploma thesis.

Boris Širola earned a B.Sc. degree in mathematics at the Department of Mathematics, University of Zagreb, in 1988.  He also earned a M.Sc. degree in 1992. and Ph.D. in 1996., at the same institution.

He held a position of a teaching assistant at the Department of Mathematics, University of Zagreb, since 1988. He received a permanent position of Assistant Professor in 2000., and was promoted to the rank of Associate Professor in 2005., and to the rank of Professor in 2012. An academic year 1998./99. he spent as a postdoc at the Massachusetts Institute of Technology, Cambridge, MA, USA. He has also been, as a visiting scholar, at the following institutions: Tata Institute of Fundamental Research, Mumbai (2002.); Mathematische Institut, Heinrich Heine Universitet, Dusseldorf (2005.); University of Utah, Salt Lake City (2010. i 2014.) His fields of interest are (noncommutative) algebra, group theory, number theory and mostly Lie theory; in particular, structure theory and representation theory of Lie algebras, some problems related to investigations of geometry of nilpotent orbits and flag varieties for reductive groups, and relationship with representation theory of algebraic groups.  As an only author he published 21 scientific papers in recognized mathematical journals; some of them in leading journals specialized for algebra.

At the undergraduate study he held several courses (e.g., Algebraic structures, Theory of analytic functions). At the graduate study he created and held 4 two-semester courses (Lie algebras and representation theory, Commutative algebra, Riemann Zeta function and Introduction to the theory of analytic functions of several complex variables). He is a cofounder and coleader of the Seminar for Algebra at the University of Zagreb.

The most important grants (as PI): –

She is a member of  “Scientific Center of Excellence for Quantum and Complex Systems – QuantiX” and “Algebraic and combinatorial methods in vertex algebra theory” Croatian Science Foundation research project.

The most important grants:

Bio:
Domagoj Kovačević was born on January 14, 1968 in Požega, Croatia. He graduated from the High School in Zagreb. In 1986, he won bronze medal at the International Mathematical Olympiad in Poland. After the military service, he enrolled at the Department of Mathematics at the University of Zagreb. In 1993, he graduated and was enrolled as a PhD student at the University of Utah. His major interest during the graduate study was representation theory. In 2000, he came back and started to teach mathematics in XV. High School. In 2006, he defended his PhD thesis at the University of Utah. The thesis advisor was professor Gordan Savin. After that, Domagoj Kovačević became a Senior Instructor at the Faculty of Electrical Engineering and Computing at the University of Zagreb and started research collaboration with professor Stjepan Meljanac from Ruđer Bošković Intitute, where five papers were produced. In 2012, he became an Assistant Professor and started doing representation theory again. At the Faculty of Electrical Engineering and Computing he taught several undergraduate courses.

Filip obtained a MSc degree in mathematics from the University of Zagreb in 2007. and defended his PhD thesis at the same university in 2010 with the subject “Compact representation of quadratic integers and integer points on elliptic curves” under the supervision of prof. Andrej Dujella. From 2007. godine he has been employed as a research and teaching assistant at the Department of Mathematics of the Faculty of Science, from 2011. as an assistant professor, and from 2016. as an associate professor. His field of interest are number theory and arithmetic geometry, and elliptic curves in particular. He has published 22 papers, and 2 more have been accepted for publication.

He was on short research vistis in Graz, Debrecen, Strasbourg, Zurich, University of Warwick, University of Connecticut and University of Georgia. He recieved the Postdoc award from the Croatian Science Foundation for a stay in 2010/2011. at Universiteit Leiden in the Netherlands. As a winner of the Fulbright Visiting Scholar award for the year 2014/2015, through which he visited MIT, Cambridge, MA, SAD. He has taught 13 different courses at the undergraduate and graduate level, among which is the course Elliptic curves in cryptography, which he introduced jointly wiht prof. Andrej Dujella. He introduced and taught 2 courses at the doctoral school at the Department of Mathematics: Elliptic curves over number fields in the year 2012/2013 and Arithmetic Geometry in the year 2015/2016. He has been the mentor to 6 diploma theses, and was the co-mentor for the PhD thesis of Miljen Mikić. Since 2012. he has been the head of the graduate study program Theoretical mathematics. 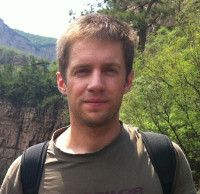 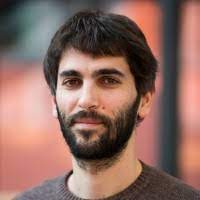 Ana Prlić was born on November 6th, 1983 in Imotski. Under the mentorship of professor Hrvoje Kraljević she achieved a BSc in 2007 with the thesis title “Representations of the three-dimensional Lorentz group”. On May 27th, 2014 she obtained Ph.D. degree with the thesis “Algebraic Dirac induction for discrete series representations of the group SU(n,1)” under the mentorship of professors Hrvoje Kraljević and Pavle Pandžić.
From July 2008 tilI July 2014 she was employed as a teaching assistant at the Department of Mathematics, University of Zagreb. She has been employed as a postdoctoral researcher at the same faculty from July, 2014 till now.
AP authored two publications and gave a talk at four international conferences. 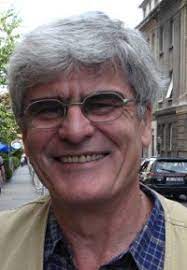 He mentored nine PhD theses and a number of BSc and MSc theses. 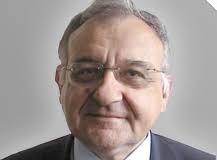 Hrvoje Kraljević was born on March 16, 1944 in Zagreb. After Bachelor’s degree he initiated studying representation theory in Croatia. 1976–1990 editor and 1990–1995 editor–in–chief of the scientific journal “Glasnik matematički”. Member of the Croatian Mathematical Society, the American Mathematical Society and the European Mathematical Society. From 2007 the president of the Croatian Mathematical Society. Mentor of 6 PhD theses, 12 MSc theses and more than 100 Bachelor’s degree theses. Held 22 lectures in scientific conferences (mostly international) and 30 invited colloquium and seminar lectures in different scientific institutions. Held more than 30 different undergraduate courses in Zagreb, Osijek, Dubrovnik and Mostar, and 26 postgraduate courses at the departments of mathematics, physics and civil engineering in Zagreb. Published 29 scientific papers, two university textbooks, two secondary school textbooks and 15 Internet lecture notes. From January 2000 until July 2002. he was Minister of Science and Technology in the Government of the Republic of Croatia. 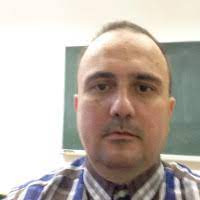 Position:
• Professor of Mathematics at the Faculty of Science University of Zagreb (Department of Physics)

Dražen Adamović received a PhD in mathematics from the University of Zagreb in 1996. He has been promoted to the rank of Associate Professor of Mathematics at the University of Zagreb in 2002, and to the rank of Full Professor in 2007. His main fields of research are the theory of vertex algebras and the representation theory of infinite-dimensional Lie algebras. He published 44 research papers. He was invited speaker on international conferences in Notre Dame, Banff, Beijing, Chengdu, Galway, Pisa, Chenai, Allahabad, Bangalore, Sendai, Vienna, New Orleans and others. He is a member of Croatian Mathematical Society and American Mathematical Society. He is Managing Editor of the scientific journal “Glasnik matematički” and member of editorial boards of j “European Journal of Mathematics”, “Central European Journal of Mathematics” and “Mathematical Communications”. He is one of the organizers of five confererences on Representation Theory in Dubrovnik. 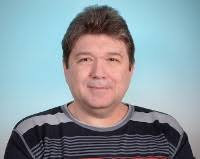 He is a member of Croatian Mathematical Society, American Mathematical Society, The Fibonacci Association and International Association for Cryptologic Research. He is the Editor-in-Chief of scientific journals “Glasnik Matematički” and “Rad HAZU, Matematičke znanosti”. His main field of research is number theory, in particular Diophantine equations and elliptic curves. He authored and co-authored more than 100 publications in peer reviewed journals and gave lectures at more than 50 international scientific conferences. 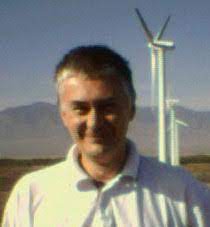 Pavle Pandžić graduated mathematics at the Department of Mathematics, Faculty of Science, University of Zagreb, in 1986. He obtained his Master degree at the same institution in 1989. From 1990 to 1995 he attended the graduate program at University of Utah, Salt Lake City, USA, where he obtained his Ph.D. degree in 1995. His advisor was D.Miličić. From 1995 to 1998 he was a C.L.E. Moore Instructor at Massachusetts Institute of Technology, Cambridge, USA. In 1998 he returned to University of  Zagreb, where he has since held the positions of Research Assistant, Assistant Professor, Associate Professor and finally Full Professor since 2010.  After returning to Zagreb, he held long-term visiting positions in Singapore, Japan, Hong Kong, USA, France and Germany. He is an author of 30 publications, and a scientific monograph „Dirac operators in representation theory“. He gave around 30 invited lectures at conferences, and around 30 lectures at seminars and colloquia at various places he was visiting. His subjects of interest are representations of real reductive groups, in particular (g,K)-modules and their homological algebra. His main results concern applications of Dirac operators to (g,K)-modules.

He received the Annual Croatian State Award for Science in 2012. He supervised one finished Ph.D. student, and currently he is supervising four Ph.D. students. He was the PI of several scientific grants. He held various administrative positions at the Department of Mathematics. He was the Editor in Chief of the scientific journal Glasnik matematički. He taught many courses in algebra, analysis and geometry.